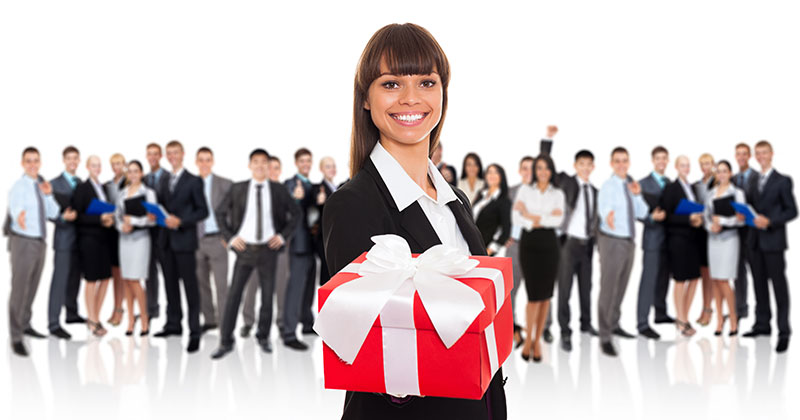 I’m often asked, “How can we make sure that our Employee Rewards Program is successful?”

Our research and experience have shown us 12 top reasons why some Programs are far more successful than others.

4 Make rewards attainable.
Everyone loves the idea of winning a big expensive trip to Hawaii, but most companies can only afford a small number of such rewards, and as soon as an employee feels she no longer has a realistic chance to be the winner… she loses her motivation and the trip no longer matters to her, as if the whole process doesn’t even exist anymore. You’re better off giving out more affordable rewards to more people, so that more employees get rewarded for above average performance and stay engaged in the program. You’re trying to improve the behaviors of your entire team, not just your top few performers, so it’s critical to keep everyone involved. However, don’t make your rewards ‘too small’ – your rewards need to have real value, or the reward can backfire and be de-motivating. We recommend a minimum value of at least $20 to $30 per reward, so it’s large enough to be special but small enough to be given out frequently.

5 Give rewards frequently.
People are hardwired for instant gratification, that’s why the lottery has a drawing every week. The best rewards programs give out rewards every week also, so someone is always winning, and the rewards program stays in your top-of-mind awareness. You can give out bigger rewards as appropriate, for bigger accomplishments, or for your most improved employee each month or each quarter; but if you want your rewards program to be effective at improving people’s daily behaviors, then you need to include more frequent awards to help your program become part of people’s daily and weekly lives.

6 Make it clear why they won.
The human brain is the best instrument on the planet for recognizing cause-and-effect relationships. This has lead to several basic ‘laws’ of psychology, the most well known of which is “what gets rewarded, gets repeated.” Most rewards programs are recognizing employees for accomplishing goals, doing good deeds and being good corporate citizens. So if you make it clear to the employee why he is being rewarded, you’re far more likely to see more of that behavior repeated in the future. People learn by example, so co-workers are also more likely to repeat the behaviors they see being rewarded around them.

We Are The Best, Here's Why!

Our Mission is to make you happier

How do we do it? We give you an effective turn-key program, to... Recognize and reward your employees... Improve your culture... Improve employee engagement... Improve productivity... Reduce turnover... Increase profitability... Be happier. .

We want to help you foster a spirit of positive recognition for all types of good behavior, as an ongoing “program” within your company. In turn, we will help drive this positive spirit into your shared values, attitudes, standards and beliefs. We want to improve your corporate culture, and make you happier.

Your corporate culture will improve, and you will be happier.